Response Center 1110 is currently the home of Agents Derik and Gall Knutson of the Department of Mary Sues. When original characters decide that their own whims are more important than canon—and indeed good writing—it’s the agents’ job to step in, compile a list of offenses sufficient to formally charge the OC as a Mary Sue, and then carry out the penalty: death. Derik is a former bronzerider from a bad Dragonriders of Pern crossover; Gall and her companion Fellrazer are a Viking and dragon team from a How to Train Your Dragon movieverse badfic. They have a strained and somewhat tempestuous relationship, but no matter how much they fight along the way, they manage to get the job done.

Although Derik, Gall, and Fellrazer live in the response center, it is actually owned by Arasgorn the mini-Balrog and Severe the mini-Aragog. The minis originally moved in with Agent Neshomeh, but simply refused to move out when she did. Of the two, Arasgorn is easily the most laid-back, and he happily shares his fireproof corner with Fellrazer. Severe, on the other hand, quite lives up to his name-mistake. 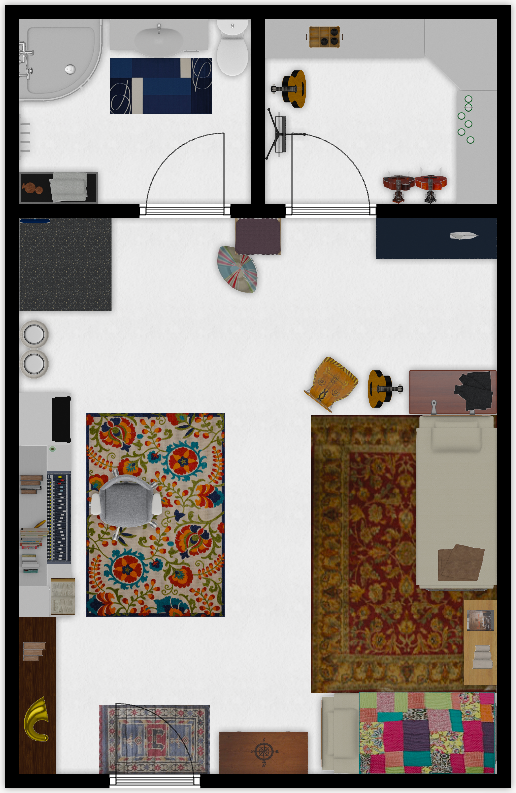 Derik was formerly partnered with Agent Earwig Slugthrower, a kender from the Dragonlance universe. The partnership lasted for only two missions before Earwig got distracted and wandered off, as kender do. This is probably for the best.

The response center is similar to a dormitory. From the door, the left wall is dominated by the console, but there is space on either side for bookshelves and a nook for Arasgorn and Fellrazer. Derik and Gall have room for their cots, a clothes chest, and a small dresser along the right and near walls. The decor is mostly spartan, without even a rug on the cold Generic Surface floor, except that Gall hasn’t bothered to replace the garishly patterned blankets left behind by Earwig. On the far wall, there are doors to the bathroom and a storage closet. The ceiling is Severe’s realm, and he can usually be found lurking in an upper corner, waiting to punish the agents for anything he finds offensive.

Derik and Gall are prone to being assigned to badfics with dragons in them, to Gall’s delight and Derik’s dismay. They are both somewhat stab-happy, or whatever the equivalent is for people who wield bludgeoning weapons, but Derik’s regard for order and duty keeps the team’s nastier urges in check . . . as long as he doesn’t snap under the pressure.

Mission 0: “Brown DragonRider of Pern”
Before Derik and Earwig, there was Agent Neshomeh. This is her story. She didn’t last long.
Rating: PG/K+ - A human chest cavity is a terrible place for smithing.
Continuum: Dragonriders of Pern
Mission 1: “The Smasher”
In which a kender is the brains of the operation.
Rating: PG/K+ - Cartoon violence and kender logic.
Continuum: Super Smash Bros.
Mission 2: “The Girl and Her Dragon”
In which only the agents can prevent forest fires.
Rating: PG/K+ - Unintentional cruelty to dragons and one very unfortunate name.
Continuum: How to Train Your Dragon (film)
Interlude 1: “One Tech’s Nightmare”
In which it is seen that a dragon is far too big for HQ.
Rating: PG/K+ - Make sure to lock your RC door when you’re just wearing a towel.
Mission 3: “The Adventure Begins With One Step”
In which Gall returns to make Derik’s terrible, horrible, no good, very bad day even worse.
Rating: PG-13/T - Homicidal maniacs don’t play well with others.
Continuum: The Lord of the Rings
Interlude 2: “Morning After”
In which everything looks different than it did the night before.
Rating: PG/K+ - One candid question about certain nighttime activities.
Mission 4: “Never Let Go”
In which the agents face the Music of the Night.
Rating: PG-13/T - Math is important. If you don’t do it, you get implied statutory rape and preteen pregnancy.
Continuum: The Phantom of the Opera
Mission 5: “The Empty Vessel”
Incomplete.
Continuum: The Lord of the Rings
Mission 6: “Draconic Supremacy”
Incomplete.
Continuum: The Silmarillion
Mission 7: “The Company of Thorin Oakenshield with Future Giants”
In which brothers are found in unlikely places.
Rating: PG/K+ - Over-the-top violence more typical of DOOM than 40k and a couple gutter-minded jokes we hope our younger readers don’t get.
Continua: Warhammer 40,000 x The Hobbit
Interlude 3: “Lessons,” Parts 1 & 2
In which my goal is more than a thought, I’ll be there when I teach what I’ve been taught.
Rating: PG/K+ - Sweet memories (I never thought it would be like this) reminding me just how close I came to missing.
Mission 8: “The Phantomess of the Opera and the Half-Blood Prince”
In which Faust is referenced a lot, but a devil’s powers are borrowed anyway.
Continua: Harry Potter x The Phantom of the Opera
Rating: PG-13/T - Innuendo and violence.
Interlude 4: “Presentation: ‘The Spires of Prospero’”
In which there’s something here as strong as life; I know that it will reach you.
Rating: PG/K+ - Some poetic references to gore.

Not part of the main spin-off, but still things that happened to the residents (and former residents) of RC 1110, these events are relevant to their development, and are hopefully entertaining. They are presented in chronological in-universe order with approximate dates given in Headquarters Standard Time when possible, but note that the length of time between dates does not necessarily reflect the amount of time experienced by the characters.

Derik and his partners have a habit of finding food on missions. This was entirely unintentional on the part of the author until mission four, after which she decided it was amusing enough to make into a Thing.

01: “The Smasher”
An assortment of 2-oz. fine wine samples and nibbles (including caviar, some of which was flicked at the Stu) from a limousine’s food service.
02: “The Girl and Her Dragon”
A loaf of freshly baked, dark brown bread stolen by Earwig from a bakehouse in Berk.
03: “The Adventure Begins With One Step”
A plate of beef swiped from the Sue and her dragon Cute Animal Friend at the Prancing Pony.
04: “Never Let Go”
Spanish seafood appropriated from a couple of patrons of the Sue’s hotel in Barcelona.
05: “The Empty Vessel”
Incomplete.
06: “Draconic Supremacy”
Incomplete (but practically the whole setting is made of sugar).
07: “The Company of Thorin Oakenshield with Future Giants”
One of five platters of roast mutton, lifted from the Stu’s table at the Prancing Pony. (The Pony seems to be a prime spot for hungry agents to graze.)
08: “The Phantomess of the Opera and the Half-Blood Prince”
Three flavors of Fortescue’s ice cream, a basket of homemade Cauldron Cakes, a Hogwarts welcome feast, and a Hogwarts breakfast. “This fic is gonna make us fat!” —Gall Knutson, happily stuffing her face.